The Robert B. and Helen S. Meyner Center for the Study of State and Local Government, which began operations in August 1994, is a nonpartisan, nonprofit, campus-wide unit of Lafayette College in Easton, Pennsylvania. 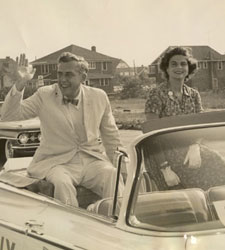 Robert B. Meyner ’30 served as governor of New Jersey from 1954 to 1962. Helen S. Meyner served in the U.S. House of Representatives from 1975-79. The Meyner Center is supported by an endowment contributed by the estates of the Meyners, contributions from Richard and Priscilla Hunt of Cambridge, Mass., support from other Meyner family and friends, and external awards and contracts received from private foundations, nonprofit entities, and government agencies for specific projects. The center educates students about the vital importance of state and local governments and encourages young people to participate in state and local affairs as volunteers, interns, and future leaders. 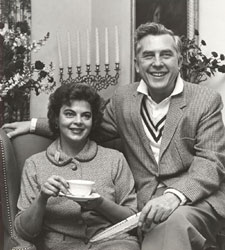 The center also works with state and local government officials and civic groups in its Pennsylvania, New Jersey, and New York region to enhance public awareness, effective governance, regional cooperation, and public policy. For local governments in the region, the center provides specific services such as administrative and financial reviews, comparative salary studies, executive-search assistance, strategic planning and visioning, and educational workshops and forums. The center also has worked with such associations as the Pennsylvania State Association of Boroughs, Pennsylvania Municipal Electric Association, Bucks County Consortium of Communities, and Tax Collection Committees of Lehigh and Northampton counties. The Meyner Center works, as well, with national associations of state and local officials, such as the Council of State Governments, National Conference of State Legislatures, National Governors Association, National League of Cities, and Multistate Tax Commission.

Internationally, the center engages in education and training programs on regional and local governance, federalism and decentralization, and intergovernmental relations at the invitation of foreign governments and universities, the World Bank, international organizations, and U.S. agencies. The center has worked on issues of federalism, democracy, and local governance in Brazil, Cyprus, the Czech Republic, Egypt, Ethiopia, Germany, India, Iraq, Japan, the Maldives, Mexico, Nigeria, Russia, South Africa, Spain, Sri Lanka, Turkey, and Ukraine. The center also has hosted USIA/Fulbright summer institutes for young international scholars, National Endowment for the Humanities summer institutes for high-school teachers, as well as visiting scholars, public officials, and delegations from abroad. The center also is a focal point for a long-term project entitled A Global Dialogue on Federalism in the 21st Century, which is sponsored jointly by the Forum of Federations and the International Association of Centers for Federal Studies.